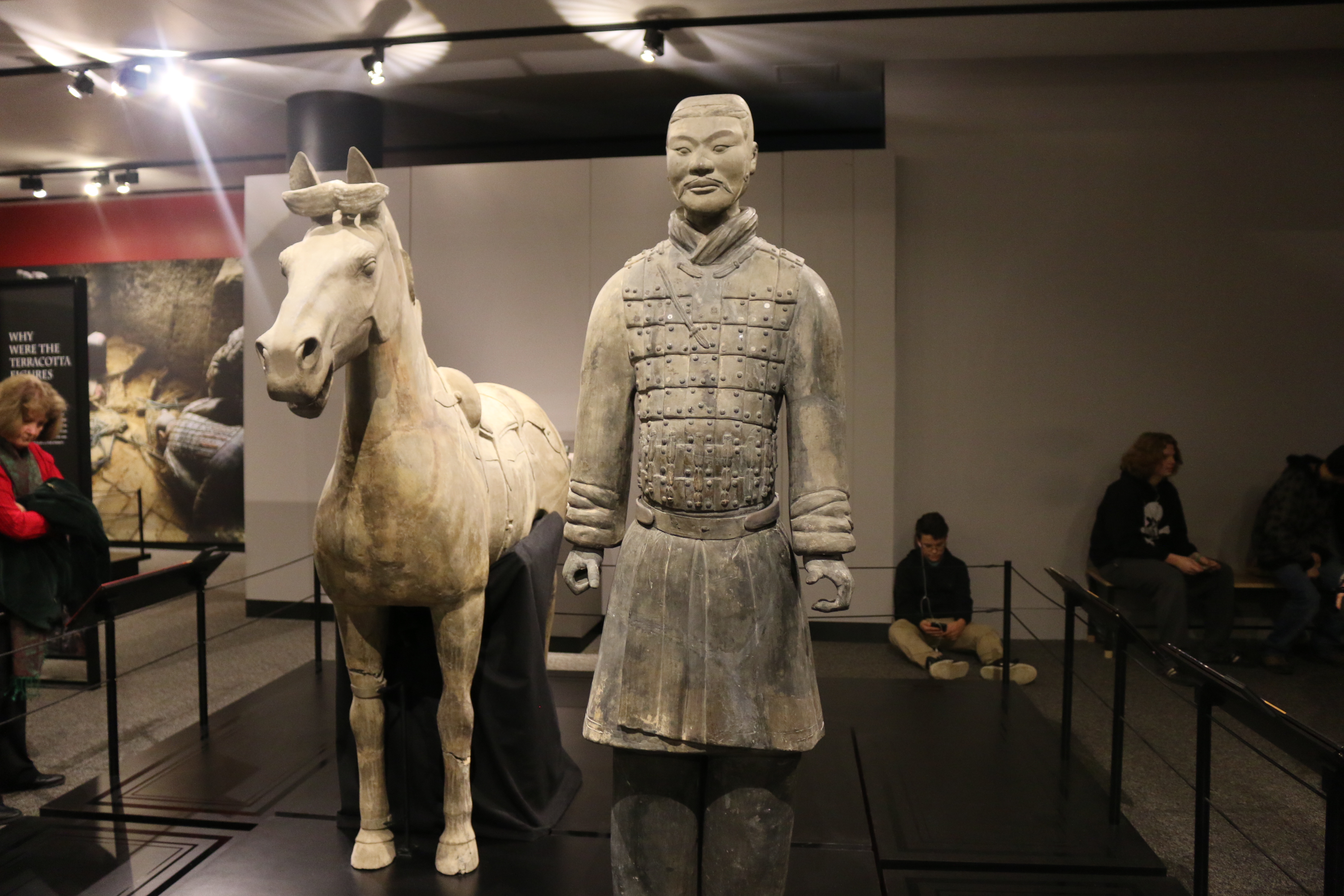 Last week, FH students studying Mandarin traveled to Philadelphia for a unique and delicious cultural experience. Their first stop was the Franklin Institute where they viewed the exhibit of the Terracotta Warriors of the First Emperor. The discovery of thousands of warriors buried in the earth for more than 2000 years was one of the most significant archaeological discoveries in the world; the centerpiece of the exhibit features ten of these life-size statues. Created for China’s First Emperor, Qin Shi Huang Di, these warriors were deployed to his elaborate tomb to protect him in the afterlife. FH students also enjoyed a presentation of The Mysteries of China in the IMAX theater that led them from modern to ancient China and back again, just in time for lunch.

After the movie, the students were joined by David Dettman, Associate Director of the East Asian Center at the University of Pennsylvania. Dettman spoke to the students about Asian food and how the development of “Chinatowns” influenced the growth of the Asian dining category all over the U.S.—Philadelphia’s Chinatown is one of the oldest Chinatown destinations in the country. Dettman shared his passion for Chinese culture and its food in particular as he explained that one of the new trends in the Asian dining category is a more narrow focus on regionally specific cuisines. Dettman, who in his spare time writes about great food finds at Philadelphia’s Asian grocery stores, provided extraordinary insight as he accompanied the students to Wong Wong restaurant where they sampled dishes from several different provinces.

The last stop for the group was the corner of 10th and Vine Streets to view a large mural that depicts the history of Philadelphia’s Chinatown.

There are no boards to display